Book now, change later. If plans change, you can change your booking without incurring a fee or cancel to receive a voucher. 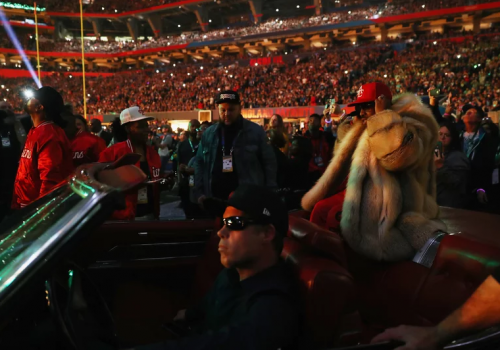 While the NFL’s top contenders are busy practicing before not only the biggest sporting event of the year but one of the biggest days of the year in entertainment as well; Production teams are hard at work putting together the world famous Pepsi Halftime Show which is widely known as the biggest live concert of the year.

This year, Vinty was tasked with providing a classic Cadillac convertible to escort a performer to the main stage of the show.

Here’s how we did it! 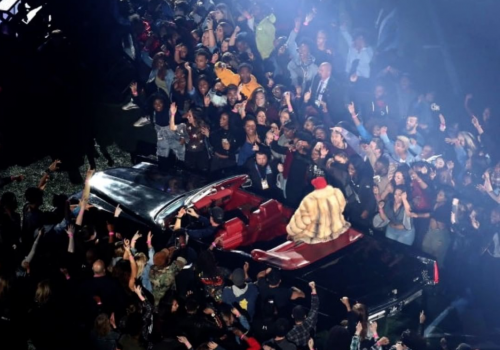 Every year, the biggest names in music perform on a world stage during the Pepsi Halftime Show. With each year’s Show being more innovative and exciting than the last, the production designers and producers are tasked with creating a fresh concept that is bound to captivate audiences. This year's performers would be pop music legends Maroon 5, Travis Scott and Atlanta Hip-Hop magnate, Big Boi.

Vinty was tasked with sourcing a black 1960’s Cadillac Deville convertible that would transport Big Boi onto the field and across to the main stage. The car had to be in great running condition and have a TV-quality appearance. In this case, the production company enlisted their own stunt driver. After contacting a partner in Nashville, TN, the perfect car for the event was ready to go.

Once the car was confirmed by the production company, it was prepped and shipped to Atlanta where it would stay on-site for the week leading up to the Big Game in Atlanta, GA. During that week, the car was inspected and prepared for its primetime debut.

While the football game itself did not produce an awe-inspiring scoreline, Big Boi’s Cadillac entrance was praised by many as a defining moment of the night and the Time Magazine’s subtly titled article, “You Should Roll Into All Situations the Way Big Boi Entered the 2019 Super Bowl Halftime Show” (Time.com), confirms this.