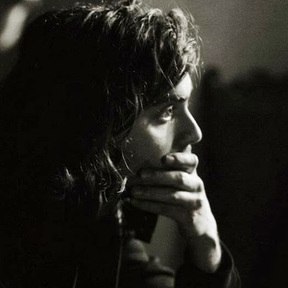 Hire this Porsche 911 Turbo for your event

Top of the range 911 Turbo!
Iconic 911 lines with proper flares, an epic rear wing, and wicked turbocharged flat-six. The 930 is a car with a bit of a maniacal character to it. We like them. A lot.

The infamous 911 wasn't always the 911. Porsche's flagship was originally called the 901 and debuted under that name at the 1963 Frankfurt Motor Show. The car was a hit at Porsche's home show, and the company promised to start production the following year.
Around 80 preproduction 901s were built, before Porsche received a letter from Peugeot. The French automaker argued that it had exclusive rights to car names consisting of three numbers with a zero in the middle. Indeed, Peugeot still uses that naming scheme to this day. Porsche had already ordered a mess of metal 9s, 0s, and 1s for the cars' badges, and didn't want them to go to waste. So, it changed “901” to “911,” and the rest is history.

Porsche began experimenting with turbocharging technology on their race cars during the late 1960s, and in 1972 began development on a turbocharged version of the 911. The 911 Turbo was put into production in 1975. While the original purpose of the 911 Turbo was to gain homologation for the 1976 racing season, it quickly became popular among car enthusiasts. It was the maker's top-of-the-range 911 model for its entire production duration and, at the time of its introduction, was the fastest production car available in Germany.

The 930 (AKA 911) was a street version of the highly successful racing derivative 934 model. In 1978, Porsche enlarged the size of its engine to 3.3 liters, now producing 300hp. The larger engine addressed the level of turbo lag which was inherent with the 3.0 version.

Offered for photoshoot and film shoots only is a 1988 911 Turbo in black with black leather interior. Tastefully enhanced with a larger turbo intercooler, adjustable strut brace and turbo boost control, this 911 Turbo is a road hugging rocket ship. This is the last version of the G-body.

It's in perfect showroom condition.