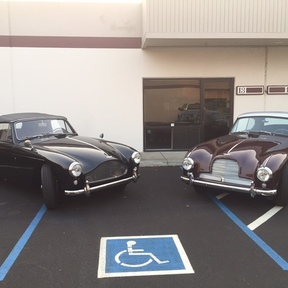 Owner's response time is within a few hours. This owner has accepted more than half of all bookings requests.
Russ

Hire this Pontiac Firebird 400 Convertible for your event

Hire this beautiful 1969 Pontiac Firebird 400 Convertible for your photo shoot, wedding or event.

NB:
- This vehicle can service all the East Bay and Napa Valley only.
- There is a four-hour minimum for this vehicle.

From 1967 to 69, Firebird offered an unusual single-overhead-camshaft inline six, available with a 4-bbl. carburetor in Sprint models. Pontiac's 326- and 400-cid engines comprised the V-8 offerings.

Of the more than 12,000 convertibles offered in 1969, only just over 1,200 were built with the high-performance 400 engine. This is one of those rare 400 models! It has two other unique features that were offered by Pontiac, further raising this car's "Cool Factor": Leather Interior, and a hood mounted Tachometer.