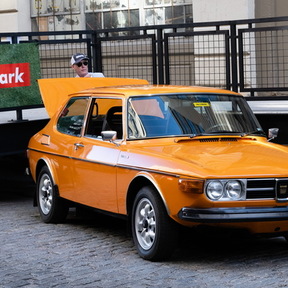 Owner's response time is within a few hours.
Mark

Hire this Toyota Tercel SR5 for your event

1986 TOYOTA TERCEL (Station Wagon): Toyotas little trooper, the Tercel SR5, was a sporty crossover before the genre even existed. Front wheel drive for spirited city commuting, but flick the second gear lever to 4wd and it transforms into a rugged go anywhere off-roader. It has since become somewhat of a cult classic for those in the know. Nearly 35 years later, this dependable workhorse is still loved by both gearheads and adventurers who dig it’s boxy styling and can-do spirit.