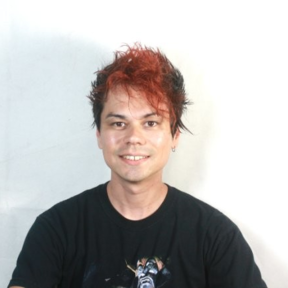 Owner's response time is within a few hours.
Andy

Hire this Datsun 280Z for your event

This vintage Datsun always gets attention wherever she goes. This 70's icon is easily recognizable and a piece of automotive history. Complete your event or shoot with its ageless beauty and classic appeal. She has been featured in three music videos and photographed at many local car shows. This car always gets a compliment or thumbs up wherever she goes.

This Z has quite a history. I am the third owner, and she's been under my watch since 1997. Since then, she has been up and down the coast of California and Baja, through the deserts of the southwest and all the way to New Orleans. This car has seen some amazing places and always got me home.

These days, many classic Z cars have been heavily modified, some reflecting the JDM aesthetic with fender mirrors, flares and aerodynamic bodykits. While these changes can give the Datsun a more aggressive look, original / stock Z cars are becoming harder to spot. With that said, this vehicle is mostly stock with minor modifications, closer to the period of when she rolled off the assembly line.

The original federally mandated five mile per hour crash bumpers are apparent, which are in many cases removed for thinner ones or some Z's even go bumper-less. The car's ride height is stock and has not been lowered. The original 2.8 liter L series engine and Bosch fuel injection system are intact and fully operational. The interior was redone in 2016 along with a stereo upgrade. The car was repainted, true to the original color code (306). Also, the original steering wheel completes the picture, another item often replaced for more petite aftermarket alternatives.

The most obvious upgrade are the 15" 280ZX turbo wheels. New KYB struts and inner rear urethane bushings really makes this car stick to the road and inspire confidence around those tight turns. The five speed transmission was replaced and rebuilt after losing fifth gear en route to New Orleans in 2003. The donor came from a 280ZX. Fortunately, four gears were enough to get me home back then.

The 280Z was the final evolution of the first generation of Z cars, originally spawned by the 240Z in 1969. Although the 280 carried many similar traits of her sister cars, (the 240 & 260), the 280 offered larger federally mandated bumpers, a bigger bore engine, fuel injection and a five speed manual gearbox first available in 1977. The following year would see the last production of the 280Z. The next generation Z car, the 280ZX took the Z Series into a more refined GT/luxurious direction.

Nissan was able to create its own market in the sports car world, and essentially wipe out its British competitors in America. Within a few years, the Z became the top selling sports car of all time, an honor once held by the Chevrolet Corvette. Additionally, it changed the public's perception of Japanese cars forever with its performance, reliability and affordability. Road and Track declared the original Z as one of the ten most important cars of all time.